Follow the building of the B&P South-Western O Gauge Model Railroad, work on which began in September 2010.

Scenes Along the B&P

The various Scenes highlighted on our layout reflect our attempts to depict fond memories of Southern California and Southern Nevada.

Work on our toy train layout, the B&P South-Western Railroad began in September 2010 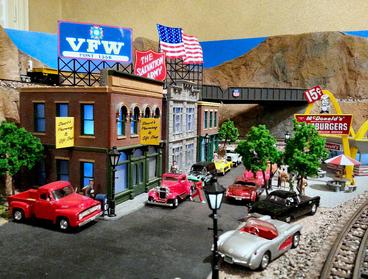 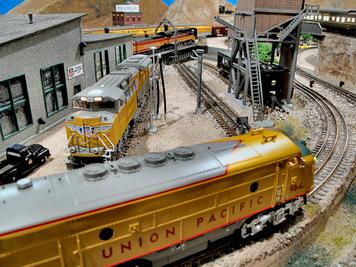 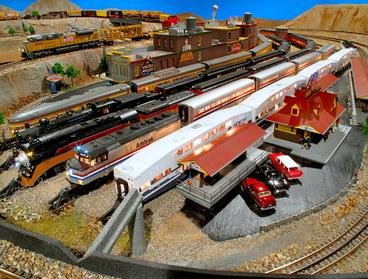 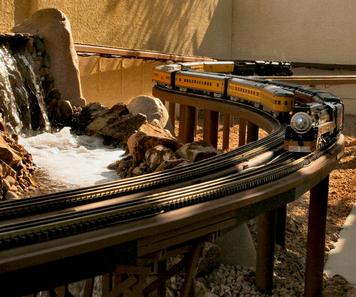 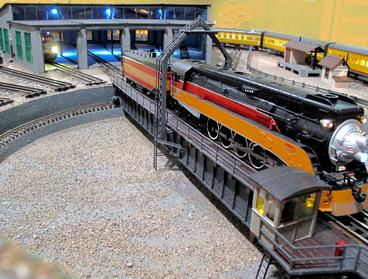 B&P Scenes is a Page dedicated to photos and insights about various layout details and and what we are currently up to, last updated January 3, 2017. To preview the B&P South-Western Railroad click on the above photo.

BPSouthwestern.com is a noncommercial model railroading project dedicated to promoting the enjoyment of toy trains by sharing lessons-learned as we build and operate the B&P South-Western O Gauge Model Railroad.

The B&P South-Western’s model railroading philosophy is that we are builders and operators, not collectors. We try to stay reasonably close to O Gauge’s 1:48 scale, without being obsessive with every minute detail.

If you have any comments or questions, please e-mail: info@bpsouthwestern.com

Follow the building of the B&P South-Western O Gauge Model Railroad, work on which began in September 2010.

To see Videos of the B&P South-Western Model Train Layout in action and information about recent activities, go to our YouTube page https://www.youtube.com/channel/UCqghy6SdT50EDH5E3eRb1DA .

Recent Activity on the B&P South-Western see Latest News below or the above YouTube page.

Our layout design philosophy is to maximize the amount of track devoted to railroad mainlines, sidings and rail yards within the given space we have available. While we use Lionel TMCC and MTH DCS to control all of our locomotives, our 23 turnouts (switches) are manually controlled. This requires train operators to move about the layout as they operate their locomotives.

Additionally, we cut off or rounded layout corners to facilitate movement around the layout. These priorities limit the space available for buildings, street scenes, etc.

Finally, where we can, we try to scratch-build and/or kitbash layout features.

You can select various website pages below, or on the upper-right side of each page.

February 14, 2017, As every model railroader knows, your layout is never complete. In this video we try to give you some different perspectives of the B&P South-Western O Gauge Model Railroad. Additionally, we have been adding new details to our layout, including: more trees, plants and shrubs; power poles and wiring; additional track-side signs; railroad work crews, etc. We hope you enjoy. Nhttps://youtu.be/8NMQdkWriMY

We are proud members of the Lionel Collectors Club of America (LCCA), and the Lionel Operating Train Society (LOTS).

The slide show "upper-right" contains Home Page Photos and a few photos taken of the B&P Garden Railroad prior to landscaping and its subsequent demolition.